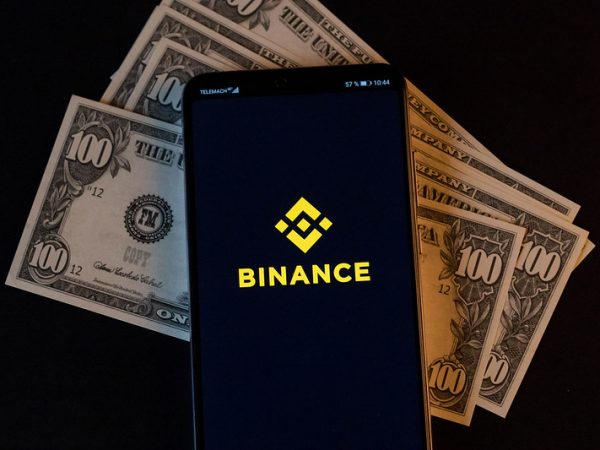 What is a stablecoin?

What is a stablecoin? SolutionsHub CEO Lee Hills explains what they are and how they work

A stablecoin is simply a cryptocurrency designed to have limited value volatility. To achieve this they are ‘backed’ by an asset, or a basket of assets. For a long time, stablecoins have been considered as a coin-backed by a (relatively) stable asset, such as gold or US dollars.

I believe it reasonable to assume that with adoption increasing, the mainstream coming to the table, and regulators gradually getting a handle on the sector, the integration with the real-world financial system is indeed, inevitable.

The volatility of most digital assets is an exciting opportunity, but the real world requires manageable, predictable risk. The thought of an asset easily losing 20% overnight seemingly arbitrarily is just too much to allow financial markets to engage. Indeed, how can any reasonable fund or pension manager put more than 1% or 2% of a portfolio into digital assets?

For traders, it is only a recent development that one can move from cryptocurrency to fiat swiftly enough to exit positions quickly. The cost of such derisking is still grossly problematic, and this is one of the factors that creates demand for stablecoins.

The grandfather of stablecoins is Tether, a cryptocurrency designed to be worth $1.00 by maintaining dollar reserves matched to each tether issued. However, Tether has been accused of limited accountability, and being unable to provide proof of reserves via independent audit. It should also be noted that Tether states:

“Every tether is always 100% backed by our reserves, which include traditional currency and cash equivalents and, from time to time, may include other assets and receivables from loans made by Tether to third parties, which may include affiliated entities (collectively, ‘reserves’). Every tether is also 1-to-1 pegged to the dollar, so 1 USD₮ is always valued by Tether at 1 USD.”

Simple US dollar-matching is clearly not the only method of ensuring total dollar coverage, but it is also worth noting that Freeh, Sporkin & Sullivan LLP (“FSS”) were engaged to conduct “randomized inspection of the numbers of Tethers in circulation and the corresponding currency reserves.”

FSS’ websites states it was established by three former federal judges with decades of experience on the federal bench and at the highest levels of the US government, such as Judge Freeh’s service as the Director of the FBI.

Although not a top-four audit firm as one may expect from such an audit, these have been, until the recent launch of PwC’s cryptocurrency auditing service, near impossible to engage for the sector, and given FSS’ credibility, one would struggle to reasonably call into question their integrity.

FSS concluded at the end of their report “FSS is confident that Tether’s unencumbered assets exceed the balance of fully-backed USD Tethers in circulation as of June 1st, 2018.”

In February 2019 JP Morgan announced it had became the first US bank to create and successfully test a digital asset (JPM Coin), stating that JPM Coin “represents a fiat currency, enabling instantaneous transfer of payments between institutional clients.”

Despite reports stating that, subject to regulatory approval, JPM Coin would be launched by the end of 2019, what was actually confirmed was the intention to launch testing of JPM Coin with selected clients, as confirmed by Umar Farooq, Head of Digital Treasury Services and Head of Blockchain for the Corporate and Investment Bank (CIB).

To say JPM Coin has not encountered the same resistance as Libra would be an understatement. This differentiation has to be expected given the drastically different approaches towards the development of each proposition, the fact JP Morgan are a trusted banking institution.

Binance has already launched two of its own stablecoins on Binance Chain and, unlike most organisations looking at developing a single coin, Binance is looking to ‘localise’ currencies to governments and organisations.

Binance says it “will provide full-process technical support, compliance risk control system and multi-dimensional cooperation network to build Venus”, and in a statement to CoinDesk, Binance co-founder Yi He stated: “We believe that in the near and long term, stablecoins will progressively replace traditional fiat currencies in countries around the world, and bring a new and balanced standard of the digital economy. We hope to achieve a vision, that is, to reshape the world financial system, allow countries to have more tangible financial services and infrastructures, protect their financial security and increase the economic efficiency of countries.”

At least a further five projects are not included on this list, including the publicised Venezuelan petro (₽) and petro gold, launched in February 2018, which we will address later in this article. Indeed, in January 2018 the Bank for International Settlements published ‘Proceeding with caution – a survey on central bank digital currency’, the resulting report of a survey which included participation by 63 central banks.

The report notes “some 70% of respondents are currently (or will soon be) engaged in CBDC work” and despite adding “only a few central banks have firm intentions to issue a CBDC within the next decade”, awareness of at least R&D in this topic does provide a strong indication to the move towards CBDC’s, most if not all of which can be categorised as some form of asset-backed stablecoin.

Venezuela and the search for stability

Despite claims of election fraud, the Supreme Court of Venezuela ruled Nicolás Maduro the legitimate president of Venezuela in 2013. Political turbulence and mistrust was not assisted by a 16-year high inflation rate of 56.2% and significant civil unrest.

By 2017 the country was in serious trouble with $140 billion in foreign debt and the economy seriously affected by sanctions applied by the governments of the US, EU, Canada, Mexico, Panama and Switzerland.

We should also note that, according to the US Congressional Research Service, various sanctions have been applied from activities ranging from lack of cooperation on anti-terrorism efforts, failure to adhere to obligations under international narcotics agreements and acts of violence or serious human rights abuse.

We are not here to discuss the legitimacy of the presidency, or express an opinion on the ethics and effectiveness of applying sanctions as a policy tool, but raise this as a matter-of-fact; the economy was suffering and ultimately the people of Venezuela were (and are) paying the price.

Set against this backdrop, Nicolás Maduro announced petro on the 3rd of December 2017, stating it would be backed by Venezuela’s oil, gas, gold and diamond reserves; the characteristics of a stablecoin. Maduro stated petro would mean Venezuela could “advance in issues of monetary sovereignty, to make financial transactions and overcome the financial blockade”.

The launch of petro was received almost entirely negatively in all quarters internationally with the US Department of the Treasury warning participating could violate US sanctions and President Trump signing an executive order prohibiting transactions in any Venezuelan government-issued cryptocurrency by a US persons or within the US, leading Economists Jean Paul Leidenz and Steve Hanke stating petro was a sham, a fraud, and industry cryptocurrency ranking sties ICOindex, ICObench and Cryptorated either giving negative scores or not rating petro at all.

Matt O’Brien, Washington Post economic reporter went so far as stating it “is one of the worst investments ever”. It is of course arguable if one should treat a purchase of petro as an investment, therefore questioning the understanding of the proposition, but it is hard to argue with O’Brien’s overall understanding; “The first is that you can only buy petros with dollars, not bolivars. Which, practically speaking, means that Venezuela’s people aren’t allowed to buy them at all. That’s because years of deprivation have left dollars in extremely short supply. The second is that you can only use petros to pay your taxes in Venezuela. They aren’t good for anything else. And that sets up a very deliberate catch-22: The only people who can buy petros can’t use them, and the only people who can use them can’t buy them.”

Even within Venezuela, petro has received a scathing reception with the National Assembly declaring petro an illegal debt issuance by a government desperate for cash and will not recognise it.

Even more alarming, Reuters reported a document leaked to them, written by VIBE, an advisory group close to the Venezuelan government, recommended it sell $2.3 billion worth of petro in a private offering at a discount of up to 60 percent and $2.7 billion in a public offering a month later, with the remainder “shared between the government and VIBE“.

So what is a stablecoin? Some conclusions

Stablecoins offer all the benefits of cryptocurrency, such as transparency, auditability, security, immutability, transactions speed, low transaction charges, plus the benefit, if constructed properly, of stability.

However, no currency is immune to volatility, even the British pound was shorted by speculators leading up to Black Wednesday in September 1992. Cryptocurrencies are more open to manipulation due to the fast-paced nature of the technology, and the low market caps compared to traditional currencies and assets.

If petro has taught us anything, it is that a stablecoin requires a stable environment to be launched successfully, and are not, by design, a market beating investment. We can also conclude that stablecoins cannot be launched without trust; trust in the issuer, trust in the pool of assets, including the custody and management thereof. Furthermore, the launch of a stablecoin requires significant regulatory engagement, not just in the issuing jurisdiction, but internationally.

For now at least, it seems those most likely to create a mass adopted stablecoin, capable of  redemption against a usable, liquid asset, with limited external threats, are central banks of credible governments.