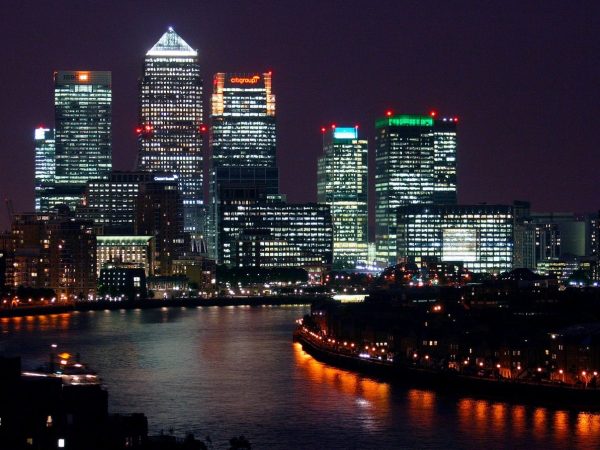 Libra: Should banks be worried?

Facebook Libra — the social media giant’s own cryptocurrency — has been the talk of the industry since it was announced in June. Some have welcomed the fact that one of the most famous companies in the world is adopting blockchain tech, while others have warned that a dangerous game is being played and it’s bad news, not least for banking. SolutionsHub CEO and blockchain expert Lee Hills looks at the affect Libra could have on banking and the wider finance industry

On June 18th 2019, Facebook published the Libra white paper following months of speculation regarding Facebook’s intention to move into the cryptocurrency market with its own token, initially scheduled for launch in the first half of 2020. The mission “a simple global currency and infrastructure that empowers billions of people.”

This was clearly momentous news, but it did not stop there. Facebook also announced the creation of the Libra Association Council (the “Association”), a not-for-profit orgnaisation to oversee the development of the token, real-world asset reserve underpinning the value and the governance rules of the blockchain.

The Association provisionally includes goliaths such as Uber, Spotify, Vodafone, Stripe, PayPal, and notably VISA and MasterCard. According to reports, Facebook hopes to reach 100 founding members before the official launch.

It is important to note that if cryptocurrency were just a fad, the likes of Visa and MasterCard would not be involved in the association and for all those who have bashed Bitcoin, this should serve as the humble pie to be eaten; the largest processors in the world understand the global movement towards efficient systems and have publicly shown their intentions to move before they become irrelevant.

The idea of the Association is independence, governance, promotion, and adoption. Indeed, Facebook won’t control Libra, instead each founding member will have a governance vote. Each founding member will pay a minimum of $10 million to join, with the economic upside being that each will be entitled to a prorated share of the dividends from the interest earned on balances held in the Libra reserve, where users pay fiat monies to receive Libra.

Facebook is however launching a subsidiary, Calibra, to provide financial services that will let users access and participate in the Libra network. The Calibra product is a digital wallet for Libra, available in WhatsApp, Messenger and as a standalone app. The tie up with existing services will mean seamless, immediate access to more than a billion people.

Bringing in so many payment companies is also a smart move and Calibra CEO, David Marcus, explained “If more commerce happens, then more small businesses will sell more on and off platform, and they’ll want to buy more ads on the platform so it will be good for our ads business.”

The original concept of cryptocurrencies was to function as digital cash, yet Transactions Per Second (“TPS”), scaling issues and price volatility have hampered progress, whereas Libra promises to solve the issues by initial design. Price stability allows more merchants to engage with the cryptocurrency without fear of price swings and cash flow problems.

Therein lies the threat to ‘real-world’ established payments and banking institutions. Having a stable token, easily accessed on platforms users already utilise means it is convenient, stable and reduces costs for all parties with low or zero transaction charges and no chargebacks.

“Success will mean that a person working abroad has a fast and simple way to send money to family back home, and a college student can pay their rent as easily as they can buy a coffee,” says Facebook in the white paper.

To maintain a stable price and be usable as a medium of exchange, Libra’s value will be tied to a market-value basket of fiat bank deposits and short-term government securities. The Association will be responsible for monitoring, maintaining and making adjustments to the compositions of this pool to ensure stability. In theory this should be fairly straightforward and each time a user purchases Libra, the fiat currency is transferred to the Libra Reserve, while the equivalent value of Libra is minted to pay the user. When Libra is sold for fiat, the Libra transferred back is destroyed, meaning there is 100% of the value of the Libra in circulation is collateralized with real-world assets in the Libra Reserve.

There is potentially a huge amount of fiat transactions disappearing from global markets, possibly overnight, but with key sector parties participating, one could envisage a scenario of the big becoming bigger and niche providers disappearing.

Cryptocurrencies have been long-heralded as a route to ‘banking the unbanked’ and those involved in the sector for some time will undoubtedly be frustrated by seeing the phrase once again, but perhaps with Libra, it is the first time one can see a solution with the reach to bring the 1.7 billion unbanked adults into the global economy. Indeed, according to the World Bank, in 2018 global remittance was $689 billion, including $528 billion to developing countries. UNESCO suggests $25 billion is lost by migrants each year through remittance fees, so the inclusion of major remittance providers in the Association does send a strong message they can see the industry evolving through cryptocurrencies, although notably the likes of Western Union and MoneyGram are not (currently) included in the Association and their incredibly high charges for remittance is part of the problem with international transfers to developing countries.

The vision is supported by the Libra Blockchain which is designed to handle 1,000 TPS, much faster than 7, or Ethereum’s 15. The blockchain is operated and constantly verified by founding members via validator nodes.

Being based in Switzerland allows the Association to have a familiar look and feel including bank accounts, administering loans, credit, and connecting to branded ATMs.

Libra – should banks be worried?

Banks will certainly be keeping a close eye on the situation, but I suggest the biggest immediate losers would be payment service providers and e-money transmission services. These services often deal with remittance/international transfers, which with a usable cryptocurrency ingrained in widely adopted platforms, will likely prove the death nail for high charging services. However, this is a potentially monumental shift in the global financial system and will, if implemented, affect all financial institutions, maybe a month after launch, maybe a year, maybe ten years, but it will. Of that we can be assured.

Financial institutions in the US, Japan, China, France and the UK have expressed serious concerns regarding Facebook controlling sensitive financial data, launching a new cryptocurrency, and potentially disrupting fiat currencies.

On May 9th 2019, the Committee on Banking, Housing, and Urban Affairs of the United States Senate wrote a letter to Facebook founder and CEO Mark Zuckerberg requesting information, summarised as how the system would work, what data protections would be in place, does Facebook have individuals financial information and would they validate financial information.

On July 2nd 2019, The House Financial Services Committee wrote a letter to Facebook CEO Mark Zuckerberg, COO Sheryl Sandberg, and David Marcus demanding an “immediate moratorium on the implementation of Facebook’s proposed cryptocurrency and digital wallet.”, stating “We write to request that Facebook and its partners immediately agree to a moratorium on any movement forward on Libra — its proposed cryptocurrency and Calibra — its proposed digital wallet. It appears that these products may lend themselves to an entirely new global financial system that is based out of Switzerland and intended to rival U.S. monetary policy and the dollar. This raises serious privacy, trading, national security, and monetary policy concerns for not only Facebook’s over 2 billion users, but also for investors, consumers, and the broader global economy.”

The letter went on to state; “Because Facebook is already in the hands of a over quarter of the world’s population, it is imperative that Facebook and its partners immediately cease implementation plans until regulators and Congress have an opportunity to examine these issues and take action. During this moratorium, we intend to hold public hearings on the risks and benefits of cryptocurrency-based activities and explore legislative solutions. Failure to cease implementation before we can do so, risks a new Swiss-based financial system that is too big to fail.”

For those who watched the hearing, one will note skilled answers that didn’t reveal too much other than to say Facebook will work with all regulators. I believe they call it ‘playing it with a straight bat’. In essence, I don’t think we learn much about Facebook’s plans and this was reflected in the following days press release entitled “Committee Members Ask Hard-Hitting Questions, Facebook Offers Very Few Answers”.

Indeed, frustration and distrust was a theme within the hearing with some key takeaways:

A theme of the hearing was pressing for agreement of an immediate moratorium on the development of Libra and Calibra, but agreement was skillfully avoided, most likely the reason for such frustration and the feeling of Facebook offering “very few answers”, but regardless, it is, if launched, the most significant development in cryptocurrencies since Bitcoin was launched and one we should all closely watch.