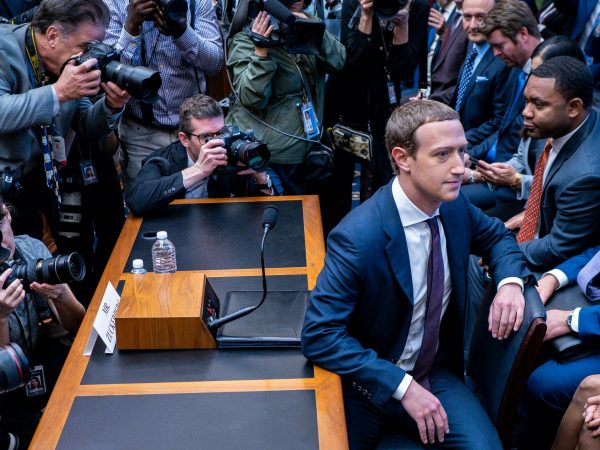 The potential scale and ambition of Facebook’s own cryptocurrency, Libra, has many worried but, less than a year since it was first announced, the project has experienced many significant setbacks. Lee Hills, CEO of blockchain regulatory specialists SolutionsHub.im, explores what it will take for the project to succeed, who stands to win and who would lose out if Libra goes ahead

Several lawmakers have expressed concerns that Facebook’s Libra project would cut into countries’ monetary sovereignty. Why is this a worry?

Introducing a new party to the global financial system, in relative terms overnight, which may fall outside the current strict regulatory frameworks and oversight applied to financial services, introduces an unacceptable level of unaccountability, and risk to sovereign monetary policy.

The global financial system is delicately interwoven and moves in cycles. Regulation and oversight seeks to silo negative events and mitigate risk of the domino effect suffered most recently in 2008 with US subprime mortgages causing the global financial crisis.

“There is potentially a huge amount of fiat transactions disappearing from global markets, possibly overnight”

To maintain a stable price and be usable as a medium of exchange, Libra’s value will be tied to a market-value basket of fiat bank deposits and short-term government securities making it a version of a stablecoin.

In theory, this should be fairly straightforward and each time a user purchases Libra, the fiat currency is transferred to the Libra Reserve, while the equivalent value of Libra is minted to pay the user. When Libra is sold for fiat, the Libra transferred back is destroyed, meaning there is 100% of the value of the Libra in circulation is collateralised with real-world assets in the Libra Reserve.

There is potentially a huge amount of fiat transactions disappearing from global markets, possibly overnight, but with key sector parties participating, one could envisage a scenario of the Goliaths becoming bigger and niche providers disappearing altogether.

One also needs to recognise that vast deposits of fiat currencies would be held by the Association, so their portfolio management decisions could evolve into the magnitude to affect a country’s exchange rates.

What would it mean for the power relationship between Facebook and governments if Libra would become a reality?

Facebook and other social media and digital outlets have already been found to hold influence over political events, adding into the mix a significant stake in the flow of monies globally, in whatever form that may take, is a huge step beyond the remit of a social media platform.

The real issue here is the potential speed of change with Facebook’s enormous, immediately addressable market. Facebook has 2.5 billion monthly active users[1] – that is more than 32% of the world’s population.

For context, 15 countries and territories use USD as their official currency[2], with more than 372 million people around the world using the dollar as their main currency. A further 18 countries that use USD alongside their own local currency, with an additional 126 million people with regular access to USD as a medium of exchange. Combined, USD has more 499 million ‘users’. Facebook alone has 4.82 times the potential users, and this doesn’t even factor in the other members of the Libra Association Council.

As a fan of the science fiction genre, the storyline is very familiar – a dystopian future controlled by corporations. This has played out in many much-loved films such as Robocop and Blade Runner, and more recently in the American 2017 television drama series, ‘Incorporated’. Taking place in the year 2074, countries have gone bankrupt, and powerful multinational corporations have become de facto governments.

The parallels with the common sci-fi theme play even closer when one considers Libra is not intended to be controlled by Facebook, but the Libra Association Council (the “Association”), a not-for-profit organisation to oversee the development of the token, real-world asset reserve underpinning the value and the governance rules of the blockchain. When announced, the Association provisionally included Goliaths such as Uber, Spotify, Vodafone, Stripe, Visa and MasterCard. According to reports, Facebook hopes to reach 100 founding members before the official launch.

It is both exciting and terrifying that for the first time in my lifetime, there is the possibility of one of the fictional futuristic narratives coming to fruition.

Of course, unlike a decentralised cryptocurrency, Libra is far more susceptible to real-world pressures and with so many of the companies and individuals involved in the Association being US-based, they cannot simply disregard the threat of action against them, which limits the potential to ‘act first and ask permission later’ as is often the case with new sectors.

These pressures have led to notable withdrawals from the Association including Visa, Mastercard and PayPal.

There have been other concerns regarding what it would mean for data privacy. What do you think about these?

Facebook’s collection, protection and use of user data has been the subject of mistrust and scrutiny over the years. This came to a crescendo during the Cambridge Analytica scandal in 2018. [3]

The scandal actually started in 2014 with 270,000 people using an app on Facebook to take a quiz. As with most quizzes presented over Facebook, users were required to give the app developers access to personal information, in return for the ability to partake in the quiz.

This “data for free service” is common, but the quiz in question also harvested information from users’ friends.

Following investigation, the US consumer protection agency, the Federal Trade Commission (“FTC”), imposed a US$5 billion fine for data privacy violations in July 2019. The fine is the largest penalty ever levied against a technology company.

Set against this backdrop, it is easy to criticise Facebook’s attitude and processes towards data privacy, but one needs to understand the details around active consent, Facebook’s business model and what one is agreeing to by using their service.

Many third-party web and mobile applications (“apps”) offer new users signing up a time-saving measure of signing in with Facebook. What is not clear to users is this is not necessarily a one-time transmission of data.

A Privacy International report published December 2018[5], detailed the findings of a review of 34 popular Android apps. The report found that 61% of the apps notified Facebook each time the user opens the app and sends information like what device is used, the nature of the app, the software version on the device, and screen resolution. Facebook collates this information and adds it to the user’s personal profile, meaning Facebook knows which apps are used, when and is able to profile information such as religion, sexuality and health. Even more concerning is Privacy International found that in some cases, apps were sharing data from users without Facebook accounts.

“Regulation is an essential tool to achieving social, political, environmental and economic outcomes that would otherwise not be achieved by companies policing and regulating themselves”

All this directly sourced and third party-sourced data is then added to each user’s profile data and utilised for target advertising, as confirmed by Facebook in a statement to mobilsicher.de.[6]

The fact is, Facebook is a private company offering an entirely non-essential service with limited value and not a public utility. There is no doubt Facebook and social media giants need to be more responsible, ensuring data collected isn’t provided to parties looking to influence political matters, but as a user, rather than relying on government intervention to force companies to bend to one’s will, once can choose to use an alternative service, or change your relationship with the business though tweaking privacy settings and stop clicking on the useless quizzes or games that further share data for very limited reward. I do not believe any Facebook user lacks the understanding that they make money from selling data to sell to advertisers.

The seemingly unknowns are how far data acquisition goes off-platform and how data is distributed, yet this is public information, as is how their advertising back office and data sharing works. It was notable that the $5 billion fine only covered one quarter’s profit and this opportunity to impose reform was waived.

Personally, I believe regulation is an essential tool to achieving social, political, environmental and economic outcomes that would otherwise not be achieved by companies policing and regulating themselves and governments need to invest in understanding the flow of data and permissions and act in areas they disagree with, rather than applying retrospective fines.

Will US regulators have the final say?

It would seem so, yes.

During the US House Committee on Financial Services hearing, An Examination of Facebook and Its Impact on the Financial Services and Housing Sectors, held on the 23rd October 2019, Facebook’s CEO Mark Zuckerberg noted amid scrutiny over the Associations Swiss base and intentions; “We’re not going to launch anything that is a product or a part of this until we have full support from US regulators regardless of what the international regulators say”.

At over six hours long, the full hearing is perhaps too long to dedicate to watching, but certainly if listened to as one would an audiobook or podcast, you can pick up very telling information

What could incentivise US regulators to embrace Libra and sanction launch?

This is another complex question with many threads, but simplified to the most likely elements which could make Libra palatable to US regulators, one would envisage the Association would need to be repatriated to the US, stringent regulatory oversight centralised in the States, possibly including regulator participation in the Association, or a committee made of trusted parties and a response to the threat China’s Central Bank Digital Currency.

As noted in our update ‘DCEP: China’s crypto embrace will change the world’, since news of Libra broke, the People’s Bank of China has moved swiftly in accelerating the launch of a digital currency, the Digital Currency Electronic Payment (“DCEP”)[7]. Reportedly in the final preparation stages to launch, DCEP may present to real danger to the US Dollar’s pre-eminence.

What would the potential positive outcomes be if Libra was allowed to happen?

The original concept of cryptocurrencies was to function as digital cash, yet Transactions Per Second (“TPS”), scaling issues and price volatility have hampered progress, whereas Libra promises to solve the issues by initial design. Price stability allows more merchants to engage with the cryptocurrency without fear of price swings and cash flow problems.

Having a stable token, easily accessed on platforms users already utilise means it is convenient, stable and reduces costs for all parties with low or zero transaction charges and no chargebacks.

“If Libra is allowed to proceed unrestricted, the advantages to developing countries could be enormous”

According to the World Bank, in 2018 global remittance was $689 billion, including $528 billion to developing countries.[8]

Unesco suggests $25 billion is lost by migrants each year through remittance fees[9], so the inclusion of major remittance providers in the Association does send a strong message they can see the industry evolving through cryptocurrencies, although notably the likes of Western Union and MoneyGram are not (currently) included in the Association and their incredibly high charges for remittance is part of the problem with international transfers to developing countries.

If Libra is allowed to proceed unrestricted, the advantages to developing countries could be enormous; the first usable cryptocurrency that allows near instant, low cost, borderless transfer of value. As a common standard, it would allow small suppliers to access markets, prompting meteoric growth.