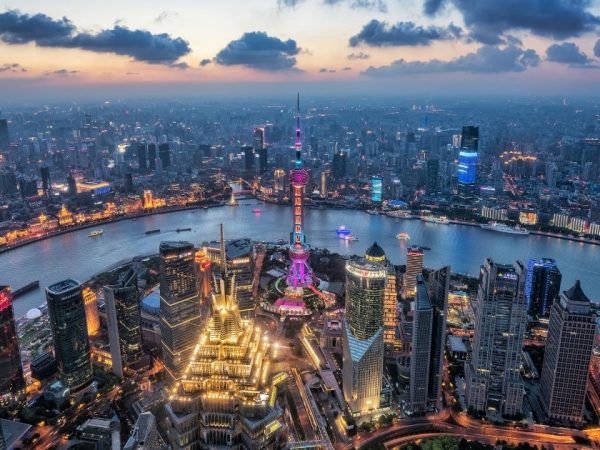 China enters a new phase in the development of Digital Yuan

With a new phase in the development of China’s Digital Yuan under way and the prospect of an asset with the mainstream adoption of a fiat currency becoming a reality, SolutionsHub CEO Lee Hills takes a look at recent developments and the significance of the speed of the rollouts

As noted in our article, DCEP: China’s crypto embrace will change the world, details regarding the nature of DCEP have been somewhat vague and parties outside of the Chinese authorities are making largely educated guesses as to how DCEP integrates with wider plans for the future of Chinese finance, how volatility will be controlled and how the People’s Bank of China (“PBOC”) intends to utilise the technology to enforce monetary policy.

The latter, one would argue, could be somewhat self-explanatory and the benefits of a “Peer-to-Peer Electronic Cash System” as envisaged in the original whitepaper, could not be further from a state-controlled token capable of eliminating all user privacy and financial freedoms.

What has emerged is more confidence that at this stage the DCEP, or Digital Yuan, is a stabelcoin, backed by fiat reserves provided by selected partner companies.

We can also be assured that during the course of 2020, China’s Central Bank, the PBOC, spearheaded a pilot of DCEP to residents of Shenzhen, Suzhou, Xiong’an, Chengdu, and those with accounts in majority state-owned banks; Agricultural Bank of China (“ABC”), Bank of China (“BOC”), China Construction Bank (“CCB”) and Industrial and Commercial Bank of China (“ICBC”) – collectively, the (“Big Four”).

Tests have not been available to all participating bank customers in the relevant locations and the is no reliable source to indicate the reserve amount, so we cannot be sure how extensive the test to date as been, but a representative of BOC noted:

“The current closed test of digital yuan will not affect the commercial operation of listed institutions, nor will it affect the RMB issuance and circulation system, financial market and social economy outside the test environment.”

In recent developments, as of August 14th 2020, China’s Ministry of Commerce announced the intention to expand the testing to include cities across the “most-developed” regions including Hebei province, the Yangtze river delta, Guangdong province, Beijing, Tianjin, Hong Kong and Macau.

For context, collectively the regions have a combined population of over 430 million and an estimated 70 million banking customers, but as with the previous test, there is no indication of potential limitations on accessibility.

So how accessible is the technology?

We do not know the participation limitations, but we are aware of various widely reported leaks claiming to provide evidence the Big Four have been developing digital wallets for users to be accessed through their existing banking apps.

As far back as mid-April 2020 reports spread of a wallet for whitelisted ABC customers in the initial pilot regions. Originally circulating over WeChat, screenshots showed the interface design and suggested the app was live, although it has been difficult to verify that the app has been given any meaningful use with any confidence.

On the 29th of August 2020, Coindesk claimed to have a verified CCB digital currency wallet within the bank’s mobile app. Interestingly, the wallet was not ‘native’ per se, instead requiring an in-app search and activated by registering the mobile number associated with the users CCB account.

Possibly following the mainstream media attention, the wallet feature was disabled, and a search now returns a response of: “This function is not yet officially available to the public. Please wait patiently.”

When will DCEP launch?

It depends on one’s perspective; the timeline seems to be heading towards a Q4 2020 expansion via the new regions, including the banking in-app features, with testing throughout 2021 and “public launch” thereafter.

If this is a relatively unrestricted release, bearing in mind the addressable market of 70 million potential users, one could reasonably argue that the increased test is a national public launch by most standards, including the UK, 15 of 20 G20 members, or any European member state.

If restrictions remain and the purpose of the test is more geographical than volume, perhaps a 2022 public launch, as some suggest, may prove optimistic.

Are there any innovations above a Central Bank Issued Digital Currency?

It is likely that the innovations will come with the natural integration of blockchain technologies into the financial system, but at this point the details are limited. What we do know is DCEP supports ‘double offline transactions’, meaning users can transfer digital currency without an internet connection.

A representative of BOC noted:

“In the absence of a network, as long as two mobile phones equipped with a virtual yuan and digital wallet are touched, the transfer or payment function can be realized.”

This will provide a significant advantage to the Digital Yuan over cryptocurrencies, as one can still pay for a coffee, or petrol, even with a poor signal, or no signal at all.

It is even impressive when measured against the ease of modern card technology. When tapping a card to make a purchase, the purchaser and the seller are relying on the point of sale machine having a signal to complete the transaction – think of trying to pay for a taxi when the drivers’ device is struggling for a signal.

So, how will it work? Certified Blockchain Solution Architect Dan Thomas explains how the Digital Yuan could work from a technical point of view.

At a basic level, NFC chips allow data to be sent peer-to-peer with contact between devices. These have a very short range and the use of the phrase “touched” implies this hardware. It could also be done via bluetooth or wifi if more range is required, but the use of NFC makes the generation of transactions easier.

As to how the backend “blockchain” solution works, that is more tricky especially with the limited information currently available.

In this case, the keyword appears to be “realised”. In a blockchain transaction there are three key stages. The first is when you create the transaction, the second is when it is accepted into the network (ie mined into a block), the third is when it is considered permanent as enough blocks have been added after for it not to be plausibly altered.

It is realised but it is not confirmed.

As a potential process, phone A passes 1 Yuan to phone B.

The transaction is created on phone A and it connects via NFC chip to phone B.

Phone A’s wallet thinks it has the value, so signs a transaction sends it to B. Phone B accepts the transaction, signs it, stores it and sends it back to A. Both internal wallets now update with the new amounts and store the double-signed transaction.

When either phone connects to the main network later (assuming a standard blockchain design is in place) they then pass the complete transaction, signed by both parties, into the network.

Scenario 1: It is accepted by the network, mined, and the funds are considered moved.

Scenario 2: It is rejected by the network (for example if A did not have the funds) and B does not get the funds. The connected device is updated to reflect this.

Scenario 3: The transaction is not valid but it is completed anyway. As the app is connected directly to the sender’s bank, funds from the standard account are automatically swapped into their digital Yuan account to cover the cost, or they go into a negative balance.

When the second device is connected it checks the network for the specific transaction (which has a unique ID) and, as it is already there it is updated to match the correct result.

In the case of an invalid transaction, scenario 3 is more likely to be used than 2 as the standard. This provides the most protection for the person receiving the currency and ensures the most trust in the process.

This sort of approach has been discussed for existing blockchain solutions, in particular for low-value transactions where you are unlikely to find criminal activity. After all, who would go to the effort of re-writing the code to steal a cup of coffee?

We also see this in current generation payment terminals that have offline functionality where smaller transactions are allowed. The payment is assumed honest then verified and resolved when connectivity is later available.

Nothing new to add?

It does, however, come with certain restrictions.

You would need to avoid anything where people could gain access to change the data in their copy of the app. There is much more trust required in the sender of the transaction than is required in a true “trustless” blockchain with a live connection to the network.

This in turn comes with increased centralisation, as the app would form part of a permissioned network, and the application (or custom hardware device) would be developed exclusively by a single organisation or their trusted partners.

The length of time this would have to be is dependent on a number of factors such as how secure the software is perceived, and how trusted the users are considered by the centralised body. Once outside this timeframe it could either be restricted in sending (though it could still receive) or give a warning to the person they are sending to.

This timeframe and value limit could be a global fixed amount, or it could be flexible and set by the centralised body, dependent on the user.

For example a government official traveling to areas with known poor connectivity might get their time restriction and value limit extended.

If you have a high credit rating with your bank you may find you have a longer time and larger limit.

This is suggested by it appearing as part of an existing banking app, and would likely use the same login process for validating identity.

Overall, the process is interesting but, as it stands, there is nothing to suggest the blockchain element adds anything particularly new to the process compared to a standard fiat currency, which are largely already digital. In many ways it deliberately removes the inherent benefits of decentralised blockchain technology, primarily that it is a censorship-resistant technology.

It still requires heavily centralised systems in the form of banks and governments to permission the users and oversee their funds. It still needs to be “closed” so non-authorised users can’t view other people’s transactions, and it still needs a centralised body to maintain and control the software users can access the system on.

The only major change is that the currency appears to be a stablecoin, where there are only as many issued as are allowed by the backing asset. This allows for control of the volatility of the digital currency. Normally this would be done using a global standard for, example gold, or the global reserve currency of USD.

True transparency? Don’t bank on it

The problem with a cryptocurrency that is backed by a fiat currency run by the same organisation as controls the fiat currency issuance, is that it loses all value and suffers from the same issues as existing fiat models.

However if you are PBOC and back your cryptocurrency with your own currency which you can print on demand, the idea of a stablecoin becomes irrelevant.

While it might appear to be more secure and from a PR perspective provide a positive view of using new technology, in reality you are just replicating the old system, but with extra steps.

No doubt we will see more information as the Digital Yuan progresses and goes live, but I would not be surprised to see limited information officially released, other than generic terms such as “blockchain” being part of it.

SolutionsHub helps SuprNation gain Isle of Man licence
Crypto investing has never been more accessible or secure - so why the stigma?