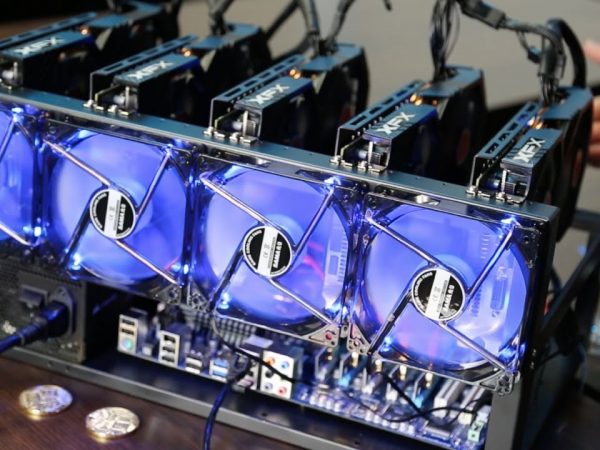 Bitcoin mining: how it works and is it still profitable?

You might have heard about the tech-savvy enterprising souls making a small fortune from mining Bitcoin. There they are, sitting back, counting the profits while the computer does all the work. Certainly, it sounds like a nice way to earn a bit of extra cash but, in 2019, is it a realistic way of making money from home?

Bitcoin mining — what is it?

In order to secure newly released Bitcoin, one has to ‘mine’, the process of using computing power to secure the network and process every Bitcoin transaction, achieved by solving computational problems which chain together blocks of transactions.

Every 10 minutes, a “block” of bitcoin transactions is solved by miners and added to the bitcoin blockchain and the ‘block reward’ of 12.5 BTC is released to miners.

How much do miners earn?

Miners currently share circa 58,425 bitcoin per month (worth $690m at the time of writing). Of course, this will reduce by 50% after the halving, but it is clear we are talking about significant revenues.

With these revenues in mind, we must look at the current miners and their operations.

It was intended that any computer could mine, but entrepreneurial technologists soon worked out they could gain an advantage.

Ten years ago one could use a vanilla laptop, or desktop graphics processing unit (“GPU”) to mine bitcoin, but following the release of the code for mining bitcoin to the general public in October 2010 and the increase in difficulty, smaller miners turned to field-programmable gate array’s (“FPGA”), an integrated circuit designed to be configured by customers after manufacturing.

The well explored problem with mining is the ever increasing power usage requirements, FPGAs improved on GPUs as they used one third of the power. However, these were quickly replaced by application-specific integrated circuit (“ASIC”) systems, at which point mining moved from a hobby and side-income, to an industry, with significant investment and mining ‘arms war’.

The clue is in the name ‘application-specific’, these are designed specifically for the purpose of mining bitcoin and outperform the previous methods.

So, can I make money from home mining Bitcoin?

Today, trying to mine bitcoin with a laptop or desktop computer will yield less than a penny a year and cost plenty in electricity, so one is best simply purchasing bitcoin through a reliable service, especially if it is intended to simply purchase and hold the asset.

One can purchase an ASIC miner, although as a stand-alone miner, you have little chance of rewards as you are effectively betting on your rig against industrial grade operations, so one would be best served by selecting a mining pool. In joining a mining pool, one shares their hash rate and if the pool finds a block, each contributor is paid a percentage of the Block Reward based on the percent of hash rate contributed.

Given the cost of purchasing the hardware, forthcoming halving and current price of bitcoin, if the intent is to earn bitcoin, one would be best served simply buying and holding it.

However, if interested in mining, perhaps the best option research potentially profitable alternatives. Litecoin has just had its halving and some miners will be retiring affording the potential to purchase decent rigs cheaply. One can purchase an Antminer L3+ as low as £130 on ebay, while a newer model from a reputable refurbisher can be as little as €500.

As an optimistic hobbyist, perhaps one could look further outside the box, especially if intending on mining with a GPU of an older, idle laptop or desktop and target a Aeon, or Electroneum, both prime for GPU mining. One does have to consider the future sale however, and Aeon’s daily trading is just $4,249 at the time of writing, whereas Electroneum is $136,179.

These are just two examples and if considering mining, one should do a lot of research into the type and cost of hardware, rewards, electricity usage/cost, depth of market for the coin, how many exchanges have it listed and make a judgement-call on the likely future success (or not) of the coin — why is it different, what is interesting about the technology, who is going to uses it over other coins, are the parties long-term interests aligned etc.